This report presents a quantitative assessment of the total GHG emissions mitigation impact in 2020 of current non-state climate action. It focused on more than 180 climate initiatives that are taken by non-state organisations other than central governments, such as, NGOs, businesses, cities, regions, etc. It concentrates on those initiatives that have potential to be large scale. Out of the more than 180 initiatives that the study followed, some make a direct contribution to closing the emissions gap, while others advocate action, and encourage reporting of emissions. However, there remain areas where there is an untapped potential for specific action, such as, renewable energy, agriculture, and forestry. Even with initiatives in these areas, the study found that there is a lack of specific actionable objectives. 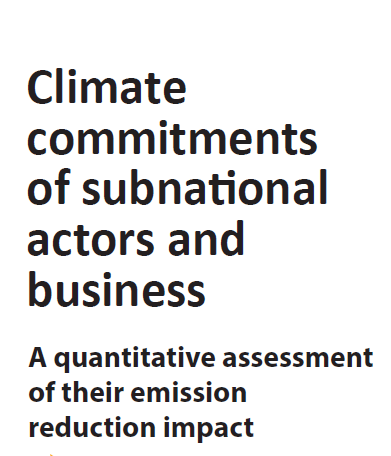