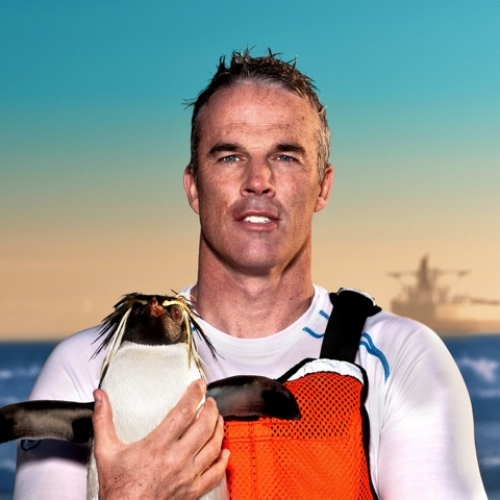 UNEP Patron of the Oceans

Lewis Pugh is an ocean advocate and an endurance swimmer.

He is the only person to have completed a long distance swim in every ocean of the world. In 2007 he undertook the first swim across the North Pole to highlight the melting of the Arctic sea ice. And in 2010 he swam across a glacial lake on Mt Everest to draw attention to the melting glaciers in the Himalayas, and the impact the reduced water supply will have on peace in the region.

Lewis read international law at Cambridge University. He is currently working on creating a series of Marine Protected Areas around Antarctica. The negotiations require consensus among 25 countries, a number of which have long standing disputes with one another. The media have dubbed his efforts as "Speedo diplomacy".

In 2010, the World Economic Forum named him a Young Global Leader and in 2013 the United Nations appointed him Patron of the Oceans. In 2013 was also inducted into the International Marathon Swimming Hall of Fame.

Lewis lives in Cape Town and trains off the Cape of Good Hope.